A Good Reason why I Blog for Peace

I.      On  a rather long trip to a nephew's place,  my cousin Tess and her husband Jun, decided to  listen to oldies but goldies songs.  When the song "Blue Skies"  was halfway through, their grandson Jordan (6),(who they thought was asleep at the back seat),  out of the blue, asked:
"What's that song saying, Lola Tess?"
"Blue skies, smiling at me, nothing but blue skies.... " Jun started to sing.
"That doesn't make sense." Jordan cut his Lolo Jun.
"What doesn't make sense?" Tess asked.
"Why does it say 'skies' when I can see only one sky?"

II.     On their way home one  night, Jun wanted to reinforce what Jordan had learned from his Sunday religion class which he started that weekend.

Princess
a grandma, a mom and a cookntchr - not necessarily in that order

This is a Flickr badge showing photos in a set called us. Make your own badge here. 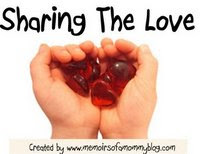 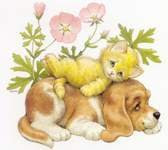 Sharing the Love and Friendship Awards from Nancie

Thought I'd learn something today......

"Life isn't a matter of milestones but of moments." - Rose Kennedy

November 6, 2008
Get your own peace globe at Mimi Writes 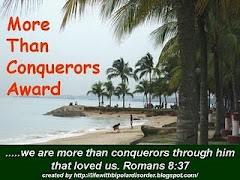